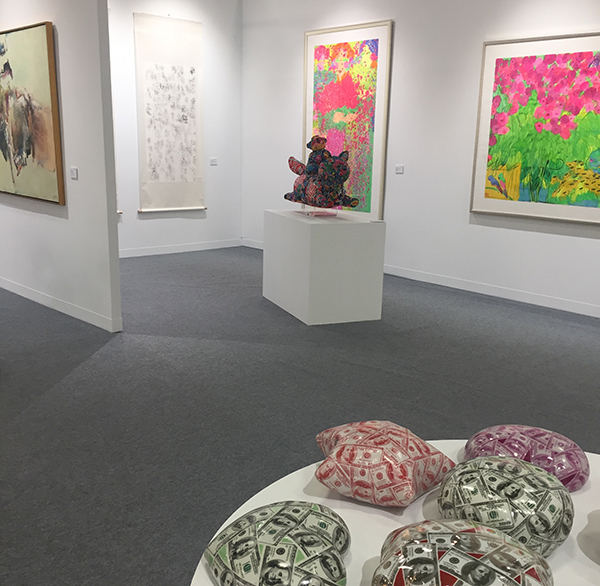 After more than twenty years, the gallery is very excited to be once again participating in Art Taipei this year. For the occasion, the gallery will showcase a selection of Chinese diaspora artists as well as Contemporary Ink artists. Diaspora artists include Chao Chung-hsiang, Chuang Che, and Walasse Ting who were part of the first generation of Chinese artists to emigrate from the mainland during the 1940s to 1950s, eventually settling in the United States. Also, works of two internationally renowned Chinese diaspora sculptors Jiang Shuo and Wu Shaoxiang will be showcased. Contemporary Ink artists include Gao Xingjian, Fung Ming-chip and Zhang Yirong.

Prior to moving to the U.S., both Chao Chung-hsiang and Chuang Che lived in Taiwan in the 1950s, they later co-founded the Fifth Moon Group. While in the U.S., these artists including Walasse Ting worked together with many of the Abstract Expressionists, such as Willem de Kooning and Sam Francis, and were engaged in the creation of an artistic style imbued with Abstract Expressionist aesthetics and Asian traditions. For the fair we are bringing two important iconic works of Chao and two works of Chuang Che, one from 1981 and a recent never before exhibited work painted earlier this year.