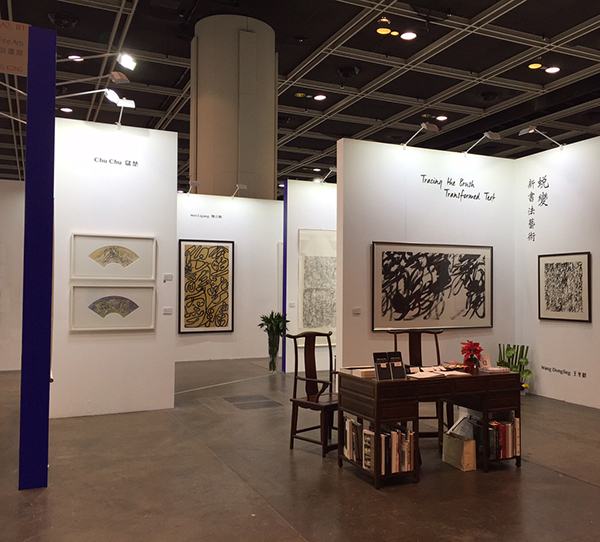 Recognized as an art form in the first century, Chinese calligraphy has a long and hallowed tradition serving as an integral part of art and society. The elevated status and basis of calligraphy is attributed to its functional purpose: as a tool in the formation and promulgation of ideas through written characters. Scholars engraved works with elegiac poems in caoshu script (cursive script), while court scribes in neat lishu script recorded their emperor’s edicts and codified their authority. However as Maxwell K. Hearn, Douglas Dillon Chairman of the Department of Asian Art at the Metropolitan Museum of Art, notes, “calligraphy possesses an intrinsically graphic nature that exists independently of its lexical function.”

Between these artists exist the traces of a tradition and civilization, leaving behind the tangible signs of feelings and expressions on paper. While some favour a complete break away from the rigorous and rigid rules they believe to constrain traditional calligraphy, others have recognized that our concept of tradition is ever changing. So they seek a new format, a new expressive modality, creating works that reify and deconstruct calligraphy, and ultimately transforming this text.