Born in 1953 in Chengdu, China, Wang Chuan was an active proponent of the 1980s New Wave Movement. In 1978, he was admitted to the guohua department at the Sichuan Fine Arts Institute in Chongqing, where he studied traditional guohua painting and oil painting. After graduating in 1982, he, like artists of his generation, produced realistic oil paintings. It wasn’t until 1984 that he became highly interested in abstract ink painting. In 1986, he organised the National Symposium of 85 New Wave Movement Artworks in Zhuhai, and curated the first street exhibition Zero in Shenzhen. In 1989, he participated in the important exhibition Modern Chinese Art held at the National Art Museum of China, in Beijing. In the late 1980s, he moved to Shenzhen, and in 1990 he settled in Guangzhou. In 1997, he contracted stomach cancer. In a recent letter to the gallery he stated “after being informed, Mrs. King asked her daughter to write a cheque of ten thousand dollars to treat my illness. For me it was truly a timely assistance. Mrs. King is indeed my savior and benefactor.” During this period he expressed his feelings towards the diagnosis in a body of ink paintings. He was artist-in-residence at Shenzhen Art Academy in 2005 and currently lives in Beijing.

Alisan Fine Arts first began showing his works in 1995 in the important group exhibition Wonders of Chinese Abstraction and then again in Chinese Abstraction and Beyond in 1997 at the Hong Kong Arts Centre, of this experience he recently wrote, “I felt honored to have my works included in this exhibition among Chinese masters such as Zao Wou-ki and Chu Teh-chun.” The gallery has included his work in seven group shows, and in 1999 held our first solo exhibition for the artist.

BIOGRAPHY
1953    Born in Sichuan, China
1960s    Began painting during the Cultural Revolution, while working building Railway tracks
1978    Accepted into the Sichuan Institute of Fine Arts, majoring in Chinese and oil painting
1982    BA Degree, Chinese Painting, Sichuan Art Academy, Chongqing, China
1982-84    Art editor and photographer for Modern Art
1984    Moved to Shenzhen and experimented in ink and oil
1987    Member of the Chinese Artist Association
1997    Moved to the United States
1998    Diagnosed with Gastric Cancer, had an operation and chemotherapy in Sichuan Hospital, China
1999-2002    Made a pilgrimage to Pokhara in Napel, practiced Buddhism, wrote articles, took pictures and DVD
2002-03   Lived in solitude in a small fishing village, Shenzhen, China
2005-2006    Became an artist in residence at Shenzhen Fine Art Institute, China
2007-    Living in Beijing, China 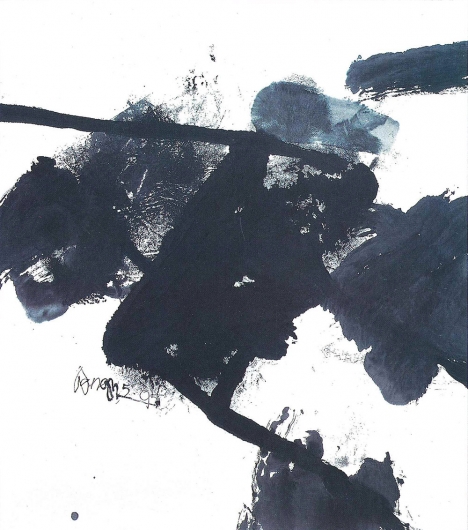 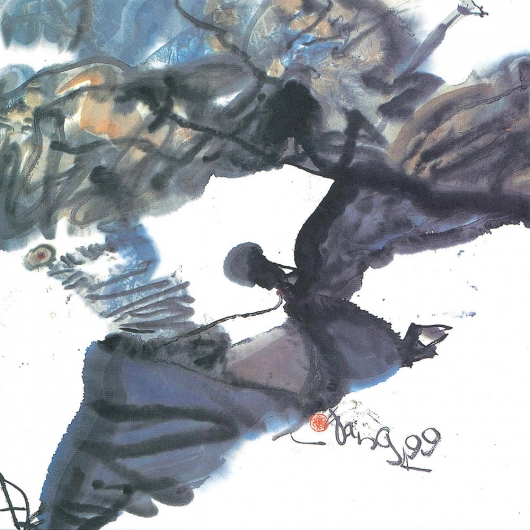 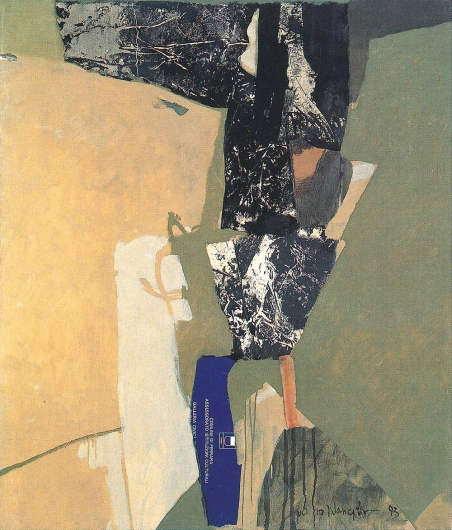