Born in 1942 in Changsha, Gu Gan is considered the forefather of the modern calligraphy movement, and the founder of the Modernist School of Chinese Calligraphy. His works are typically multi-layered, with the title revealing the theme, and that thematic word or phrase becoming an integral part of the composition. He experiments with the shapes and forms of characters to reinforce their meanings, sometimes blending multiple characters or separating them into component parts. Over the years of his practice, Gu Gan has increasingly integrated Western media such as acrylic paints and color pigments, melding painting and calligraphy into an entirely new form of art.

Gu Gan's works have been collected by the British Museum, London; Ashmolean Museum of Art and Archaeology, Oxford; Museum of East Asian Art, Cologne, Germany; Museum of Fine Arts, Vienna; National Art Museum of China, Beijing; Chinese Olympic Museum, Beijing; Xunyao Chinese Characters Museum, Chengdu. In 2002, he was included in the important exhibition Brushes with surprise: The Art of Calligraphy in Modern China at the British Museum in London. He was the first Chinese artist to have his painting printed on the Mouton Rothschild wine label, an honour also bestowed to Zao Wou-ki and Xu Lei. Alisan Fine Arts held a solo exhibition for Gu Gan in 2014 and included his works in Ink Asia 2015, Hong Kong. 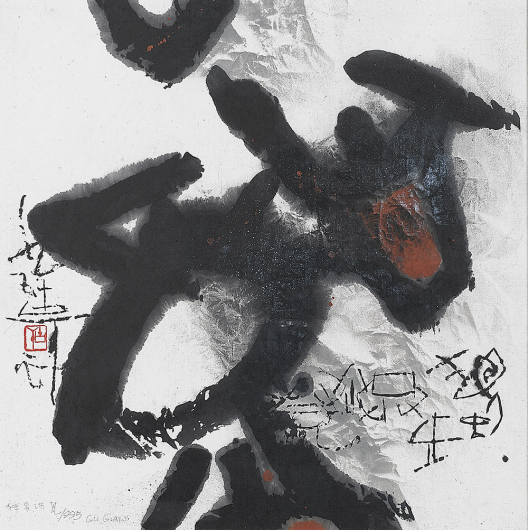 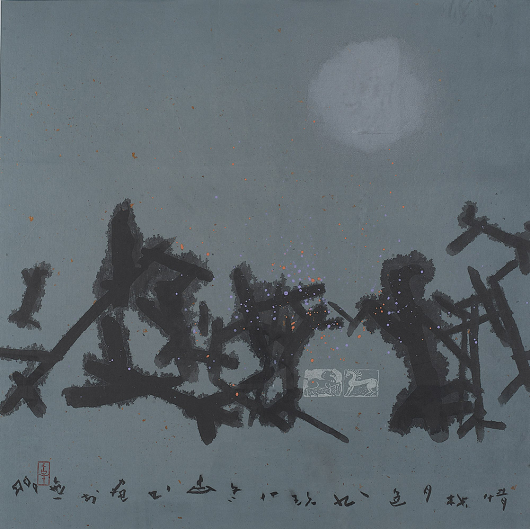 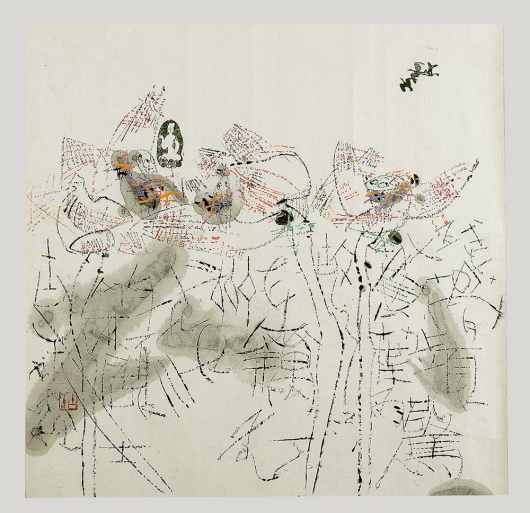 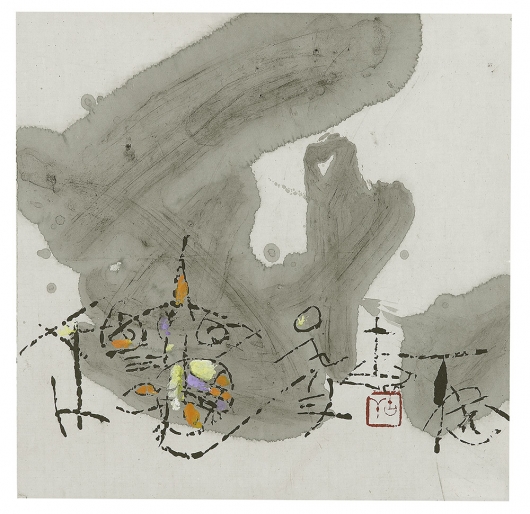 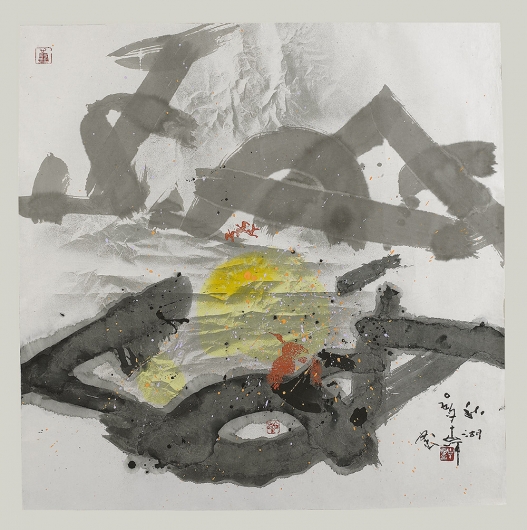