In her introduction to Chao Chung-Hsiang, the second catalogue the gallery produced for the artist, Alice King noted “to Chao, painting was not merely a pictorial representation but a continuous thought process related to one’s spiritual well-being and outlook on life. He worked tirelessly to ensure that contemporary Chinese painting would become part of the mainstream and not a mere tributary of Western art.”

Like Zao Wou-Ki, Chu Teh-Chun and Wu Guanzhong, Chao studied under the renowned artist Lin Fengmian at the National Institute of Art, Hangzhou (currently the China Academy of Art) before graduating in 1939. In 1948, he immigrated to Taiwan, and in 1956 won a fellowship to study in Spain. He toured Paris and Europe, before settling in New York in 1958, where he remained for most his life. There he discovered for himself American Abstract Expressionist art, which inspired him to work conscientiously to achieve a synthesis of East and West. The main subjects of Chao's work are flowers and fish, birds, the cosmos and abstraction. From the 1970s, Yin-Yang symbols and hexagrams derived from the ancient Chinese divination text I-Ching began appearing in his paintings, referencing Buddhism, Taoism, and Confucianism. In his paintings, blocks of dazzling fluorescent colour sporadically float upon expressive images rendered in rich ink washes. After more than thirty years in New York City, he moved to Hong Kong in 1989, then to Chengdu, and finally to Taiwan. He passed away in 1991, at the age of eighty-one.

In 1972, Chao won the New York Creative Artists Public Service Program Award. From 1997-99 his works were exhibited in the important travelling group exhibition Asian Traditions/Modern Expressions, organised by the Jane Voorhees Zimmerli Art Museum, Rutgers University. His work was also included in the exhibition China: 5,000 Years held at the Guggenheim Museum in 1998. 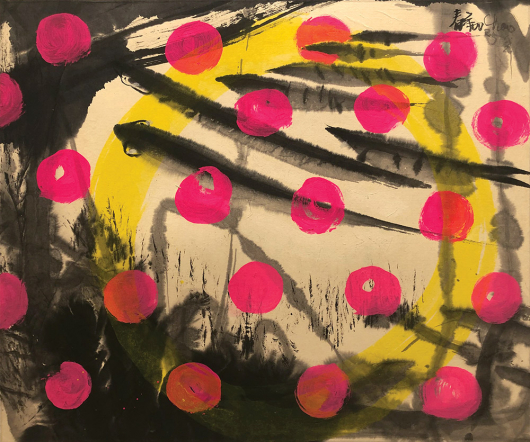 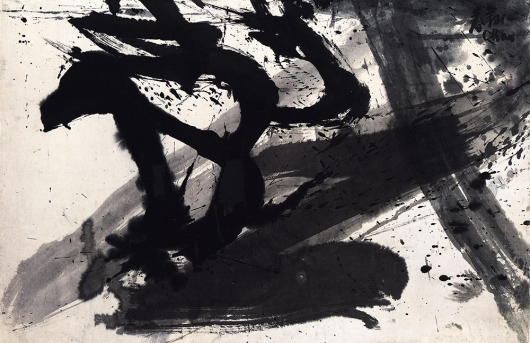 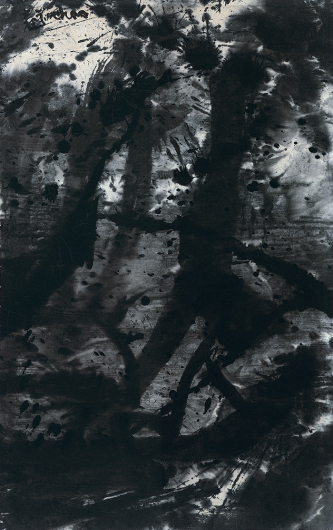