Born in 1943 in Hong Kong, Pat Hui is an ink painter known for her colourful paintings. Wucius Wong, who she often collaborates with, wrote “her colours are sometimes in quiet pastel shades, but generally tend to exhibit a strong radiant quality, evoking a sense of pathos often expressed in Song poems with themes of solitude, remorsefulness, and desolation, employing images of distinctive colour sensations such as falling petals, willows, autumn leaves, the setting sun, the moon.”（Wucius Wong, Pat Hui, Alisan Fine Arts, Hong Kong, 1993, .P.6）

Hui began studying painting under Lui Shou-Kwan in 1961 after Wong introduced them. Following undergraduate studies in Philosophy at the University of Hong Kong, she attended the University of Minnesota where she completed a PhD in Western Philosophy with a minor in Chinese and Indian Buddhism. In 1974, she studied Studio Art and Design at the same university. In 1978, she moved to Canada and began designing clothes using her own technique of painting on silk. Since then she has founded her own fine art gallery Hui Arts in Canada and the United States, and the art studio Traffic Zone Centre for Visual Arts in Minneapolis. All the while she has continued painting, combining her ink art with her studies in philosophy and literature.

Alisan Fine Arts began representing Pat Hui in the 1980s. We have also organised several shows, including two joint exhibitions of collaborative works by Hui and Wucius Wong in 1987 and 2005 respectively. Significantly, her works were featured in two exhibitions documenting Lui Shou-Kwan's work and influence in 1995 and 2015. When asked about Alice King, Hui says “we share many common interests and artistic goals… these include giving a venue to the artists to show their works [and] introducing the artists to a wider audience. Throughout the thirty-five years, Alice has successfully achieved these goals and much more.”

Hui’s works have been exhibited in over twenty solo and group exhibitions, including at the first “Art Toronto” in 1980, the Chinese University of Hong Kong, as well as in galleries across the United States. Her works have been collected by Minneapolis Institute of Arts; The Marsh, Minneapolis; Hongkong Land; American Express, Hong Kong; BHF Bank, Hong Kong. 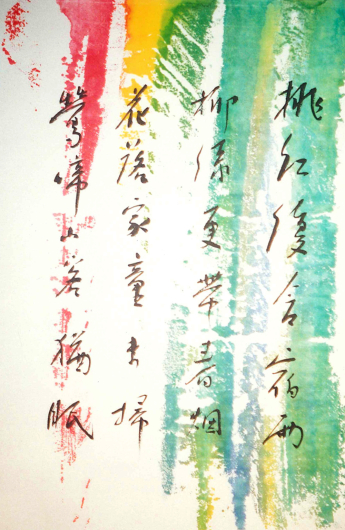