Born in Jiangsu Province in 1920, China, Chu Teh-Chun attended the Hangzhou National College of Art from 1935 to 1940. He studied under the tutelage of Lin Fengmian, alongside artists Chao Chung-Hsiang, Wu Guanzhong, and Zao Wou-ki. He became interested in calligraphy and intended to study traditional Chinese ink painting, however, the academy lacked an ink painting department and so Chu studied watercolour and oil painting. As historical events unfolded in 1949 China, Chu left for Taiwan where he taught for a few years, before leaving for Paris via Vietnam and Egypt in 1955. When Chu first arrived in Paris, his paintings were still figurative in nature and imbued with the atmosphere and typical in style of the early twentieth century Paris School of art. It was in 1956, after viewing a major exhibition of works by Nicolas de Staël, that Chu became an exponent of Lyrical Abstraction. This was to become his signature painting style. Two years later in 1958, he had his first solo exhibition in Europe. Since then Chu's paintings have appeared in over eighty exhibitions around the world, and alongside his contemporary, Zao Wou-ki, he has become a household name in the French and Chinese art world. Chu Teh-Chun passed away in 2014.

Alice King first met Chu Teh-Chun in 1986, during the opening reception for his exhibition at the Hong Kong Institute for Promotion of Chinese Culture. They spent the next decade corresponding, discussing art and culture, with King visiting Chu’s studio during her frequent visits to Paris. However, it wasn’t until 1997, during Le French May, that Alisan Fine Arts first held a solo exhibition for the artist, and since then has held four more solo exhibitions. Significantly, in 2004, Alice King curated a solo exhibition of his works at the University Museum and Art Gallery at the University of Hong Kong.

Chu's paintings are widely collected and included in the holdings of many important museums, such as the Museum of Modern Art, Paris; Bibliothèque Nationale, Paris; Museum of Contemporary Art, Liège; Olympic Museum, Lausanne; Taipei Museum of History; Taipei Fine Art Museum; Shanghai Grand Theatre. In recognition of his contribution to painting, Chu Teh-Chun was inducted into the prestigious Institut de France, as a member of the Académie des Beaux-Arts in 1999 — he was the first Chinese-born person to be so honored. Membership conveys the distinction of being amongst the most prominent living musicians, artists, architects, and sculptors in France.

BIOGRAPHY
1920     Born in Jiangsu Province, China
1935-40     Attended the Hangzhou National College of Art, China, studied under the tutelage of Lin Fengmian, alongside artists Chao Chung-hsiang, Wu Guanzhong, and Zao Wou-ki
1941     Taught drawing at the Central University, Nanjing, China
1949     Taught drawing at the National Taiwan Normal University, Taipei, Taiwan
1955     Moved to Paris, France
1956     After viewing a major exhibition of works by Nicolas de Staël, that Chu became an exponent of Lyrical Abstraction
1958     First solo exhibition in Europe
1961     First solo exhibition in Paris
1976     Returned to practice calligraphy that he learned in childhood
1979     Met Lin Fengmian in Paris
1981     Obtained French nationality
Met Wu Guanzhong in Paris
1983     Invited by the Chinese University of Hong Kong to sit as a juror
fFrst time in 35 years that returned to China
1985     While exhibiting in Geneva, Switzerland, he witnessed a snowstorm that inspired him and created famous "Series of Snows"
1986     Invited to Hong Kong University and Taiwan to attend a conference. This is his first time back on the island he left in 1955
2014     Passed away in Paris, France 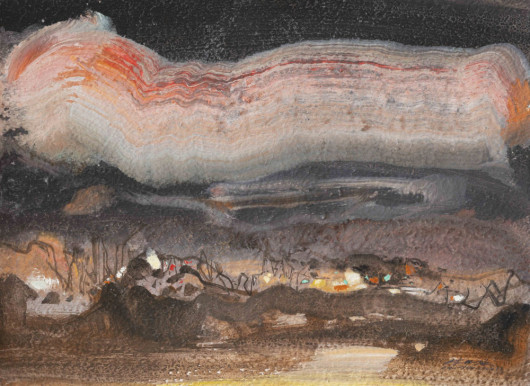 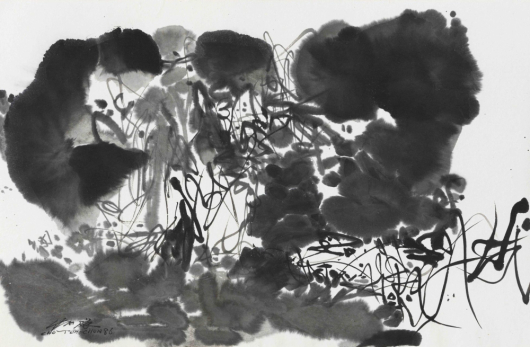 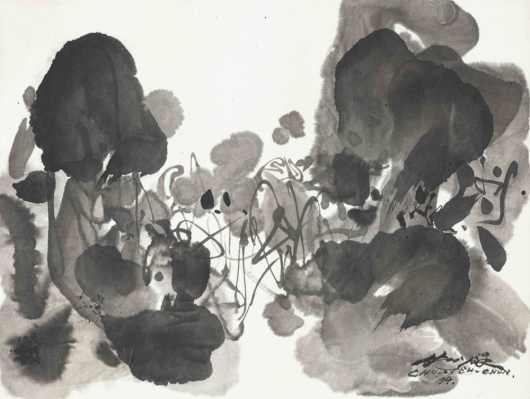 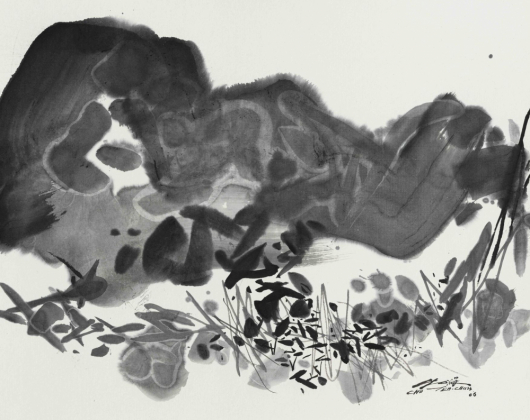 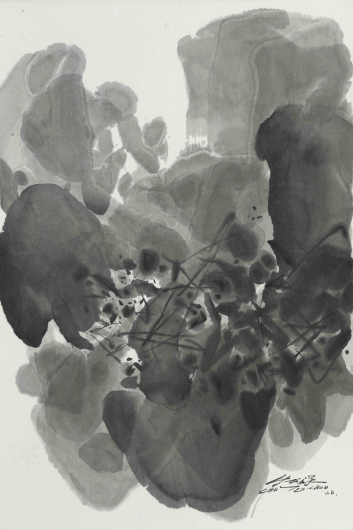