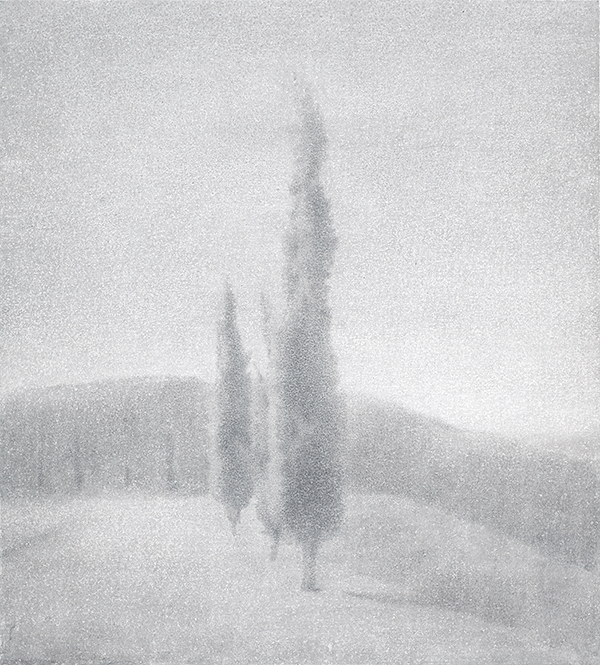 Shan Weijun: Between Light and Shade

Shan Weijun Catalogue
Introduction
To be officiated by
Mr. Eric Berti
Consul General of France in Hong Kong & Macau
Dr. Andrew S. Yuen
Chairman of the Board of Le French May

In the presence of the artist


In participation with Le French May Arts Festival 2018, Alisan is honored to hold a solo exhibition for the Chinese-born French painter Shan Weijun. While Shan has exhibited in France and China, this will be his first solo show in Hong Kong. Since 1991 Shan has studied and lived in Paris, developing a contemporary, signature style with the tools of Chinese ink practice. For his Hong Kong debut exhibition Between Light and Shade, Shan will be showcasing over twenty recent ink-and-wash depictions of French countryside scenery. The garden landscapes and suburban corners are rendered with muted softness in simple yet compound tones of gray, eloquently expressing the purity and tranquility of nature. Last year the Cultural Affairs Department of the French Consulate in Shanghai organized an exhibition of Shan Weijun's work, and it is with great excitement we present his new collection during Le French May in Hong Kong.

"Thousands and Thousands of Points"
Shan Weijun attaches great importance to the purity of expression in his paintings. On the surface he depicts the French countryside, however his homeland of Jiangsu Province, China serves as the image's underlying theme. He skillfully uses Chinese traditional painting tools - rice paper, brush, and ink - and meticulously dots the paper. The accumulation of different shades of lightly applied ink creates a rich, subtle suburban landscape. The artist describes the creative technique of painting, reminiscent of the Impressionist pointillism that flourished in France at the end of the nineteenth century, as "a thousand points." The work may seem simple, or a Chinese copy of pointillism, yet is actually a more complex masterpiece of ink painting that combines Chinese culture, French feeling, and contemporary aesthetics. An obvious difference with Impressionism is that Shan Weijun uses only grayscale ink. The subjects featured in most of his paintings include mountains, stones, trees, and clouds. The static landscape presents a kind of detached artistic conception, beyond attachment to the material world, and trains the viewer's eyes to stay on the image, allowing the viewer to enter the realm of contemplation. This sensation draws a parallel to the tranquility and pureness of mind Shan experiences via the repetitive and meditative practice of applying the paint point-by-point to the paper. "Thousands of Points," as the artist explains, is his personal method of Zen retreat.

In Shan Weijun's own words:
“Silence is the foundation of simplicity." My art is rooted in Eastern cultural identity and artistic practices. By blending time and space, understanding the spirit of ink and wash, responding with my inner heart to the painting, I find the ultimate and pure escape.