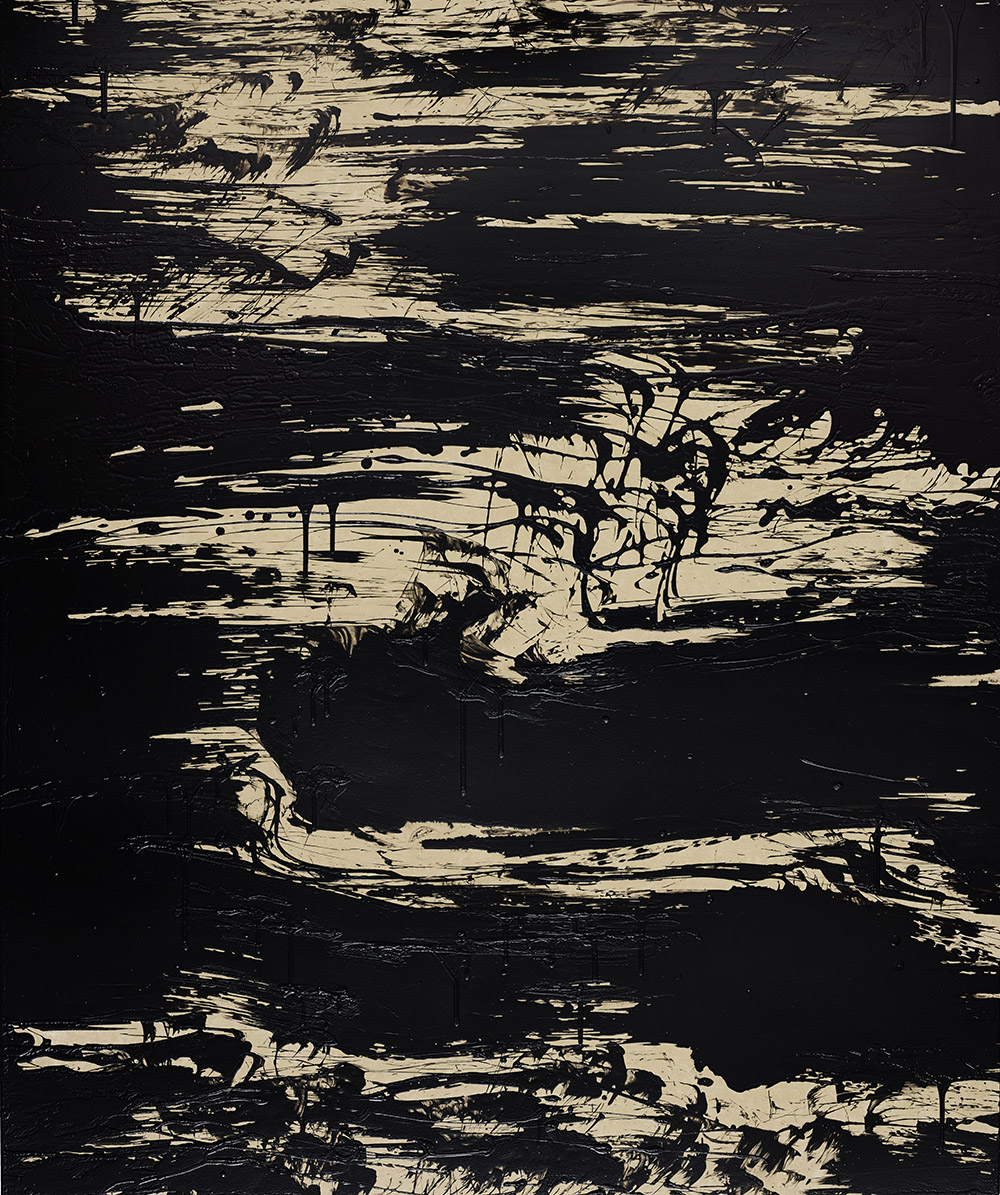 The Voice of the Brush — Part II

Classical calligraphy in modern China is regarded as an art of exquisite refinement and, alongside poetry, the ultimate expression of Chinese culture. The act of taking brush to paper is a fluid and dynamic dance, the shaping of each stroke imperative in relaying "meaning" to the character, for, the character innately carries the meaning of the intended word. In light of the influence of Western modernism and movements like Abstract Expressionism, as well as social and political changes in China, several calligraphers, percolating in the 1950's and blossoming in the mid-1980s, began to subvert the relationship between the character's form and its meaning, allowing the content of the composition to govern the form, as opposed to the form of the characters to dictate the composition. While the works maintained their calligraphic style, the image became increasingly abstract, and at the extreme, divorced from any specific language except the language of painting.

The artists in our two-part show The Voice of the Brush exhibit unique revitalizations of classical calligraphy, spanning the gamut of movements within modern calligraphy. The artists in Part II include internationally known Chu Chu, Hao Shiming, Lee Chun-yi, and Wei Ligang, as well as French artist Fabienne Verdier. These artists remove the characters from their textual context and treat them as artistic images in themselves, employing them as means for expressing individualism and contemporary ideas. As a unit, the artists succeed in bringing a new voice to the rigorous art of calligraphy, while paying homage to its place in Chinese heritage and identity.