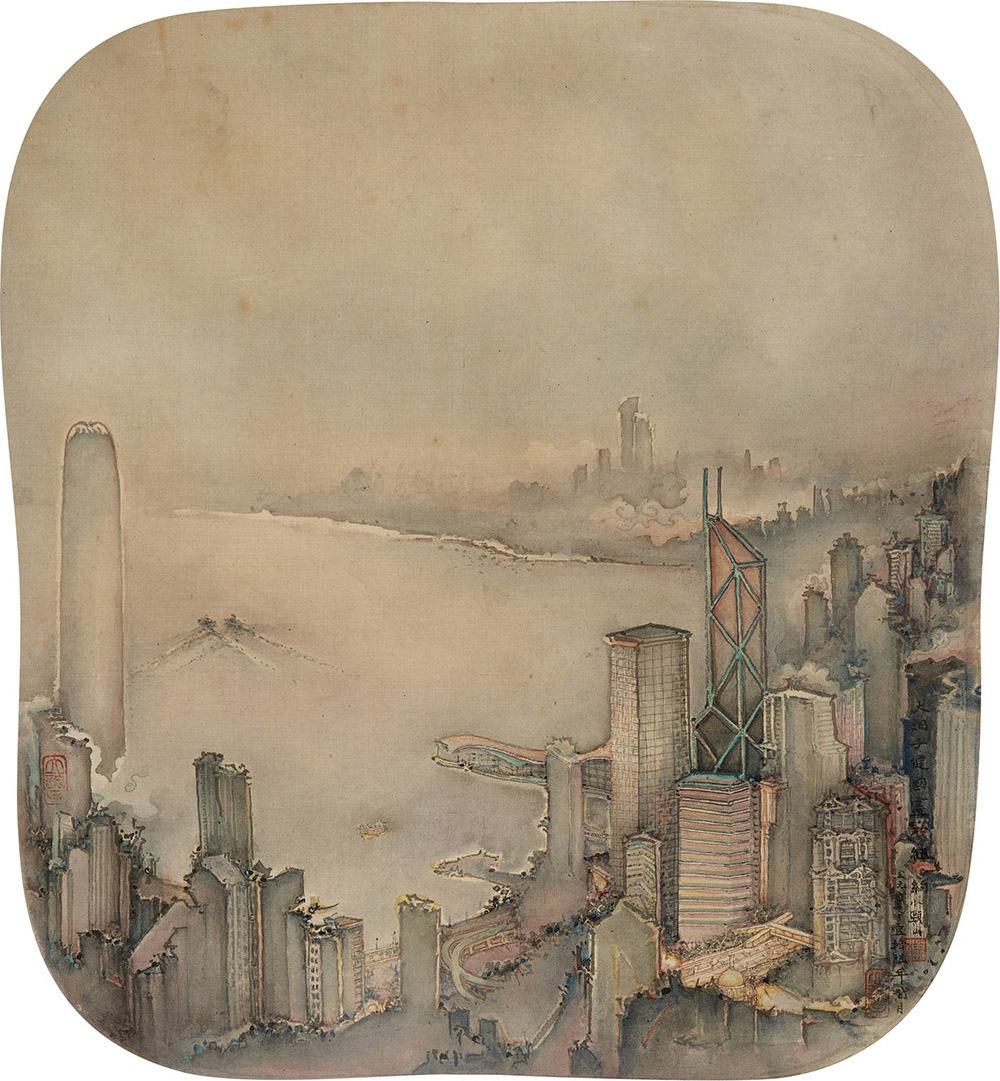 Xu Jianguo Catalogue
Introduction
Artist Talk 5-6pm
Chinese Ink Painting · The Past and The Future: A Study of Humanity (in Putonghua & English)

Alisan Fine Arts is proud to present Xu Jianguo’s solo exhibition “Poetic Cityscapes,” offering a new vision of cosmopolitan centres around the world. Painted in Song Dynasty artistic style, these panoramas blend the past with the present, offering a commentary on the future of our culture. Chinese diaspora artist Xu Jianguo has lived in New York for over three decades. Aside from painting, he has devoted his scholarly life to researching Chinese art history, Chinese philosophy and Western art history and has been a champion of East-West intercultural exchange. The 20 paintings on silk canvas featured in this exhibit testify to his cross-cultural heritage and demonstrate the transformation of classical Chinese painting into modern urban landscapes. This is the first time for Alisan to hold a solo exhibition for Xu Jianguo. The works on show date from 2009-2018, the most recent ones created specifically for this exhibition.

Xu Jianguo, referred to stylistically as Da Diaozi ("Hue Cathcher"), was born in Shanghai in 1951. As a youth, he studied classical painting and calligraphy under the scholar Ye Zhizhao, a researcher at the Shanghai Literature and History Research Institute. Xu obtained a Bachelors of Arts from the Shanghai Academy of Theater in 1976 and moved to the United States in 1984 to pursue an M.F.A from Bard College. Over the following thirty years, he has developed his artistic career, exploring multi-media disciplines from his studio in New York City.

The Mountain-River landscapes of ancient China provide the inspirational challenge behind Xu Jiangu's urban landscapes, through which he comments on the spirit of Chinese culture within the modernized, industrial and globalized world. Reigniting the classical quest to convey Chinese aesthetics and values conceptually through nature, Xu Jianguo ventures to paint some of the world's most recognizable and romantic urban centres: Paris, Potsdam, Venice, Budapest, Shanghai and Hong Kong, to name a few. Under his careful brush, the traditional backdrop of mountain, stream and forest evolve into mystical cityscapes, ink-and-wash towers poetically expressing man's desire to touch the sublime.

Leaning on his foundational training in traditional Chinese painting, Xu Jianguo composes his landscapes with the diligence of an architect, using the highly detailed "skilled brush"(gongbi hua) techniques inherited from masters of the Northern Song and lyrical court painters of the Southern Song Dynasties. The format as well is adopted from Classical tradition: the smaller round "fan" with a vantage point of one peering through an old-fashioned camera lens; and the larger long scroll format, allowing for a more panoramic vista.

The China Pavilion featured Xu Jianguo's hand scroll The New Vista of Shanghai for the 2010 Shanghai Expo. From 2010, a solo exhibition sponsored by the US Missions travelled to prominent museums in China, including the Beijing Capital Museum (Fall 2010), Shanghai Art Museum (Spring 2011), Guangdong Provincial Museum (Spring 2012) and National Museum of China (Autumn 2013). His works have been exhibited in the Brooklyn Museum, Smith College, Boston Museum College, and other institutions across the United States. Alisan Fine Arts has been working with Xu since 2016 and included his works at the Art Basel Hong Kong 2016 as well as Art 021 Shanghai last year.