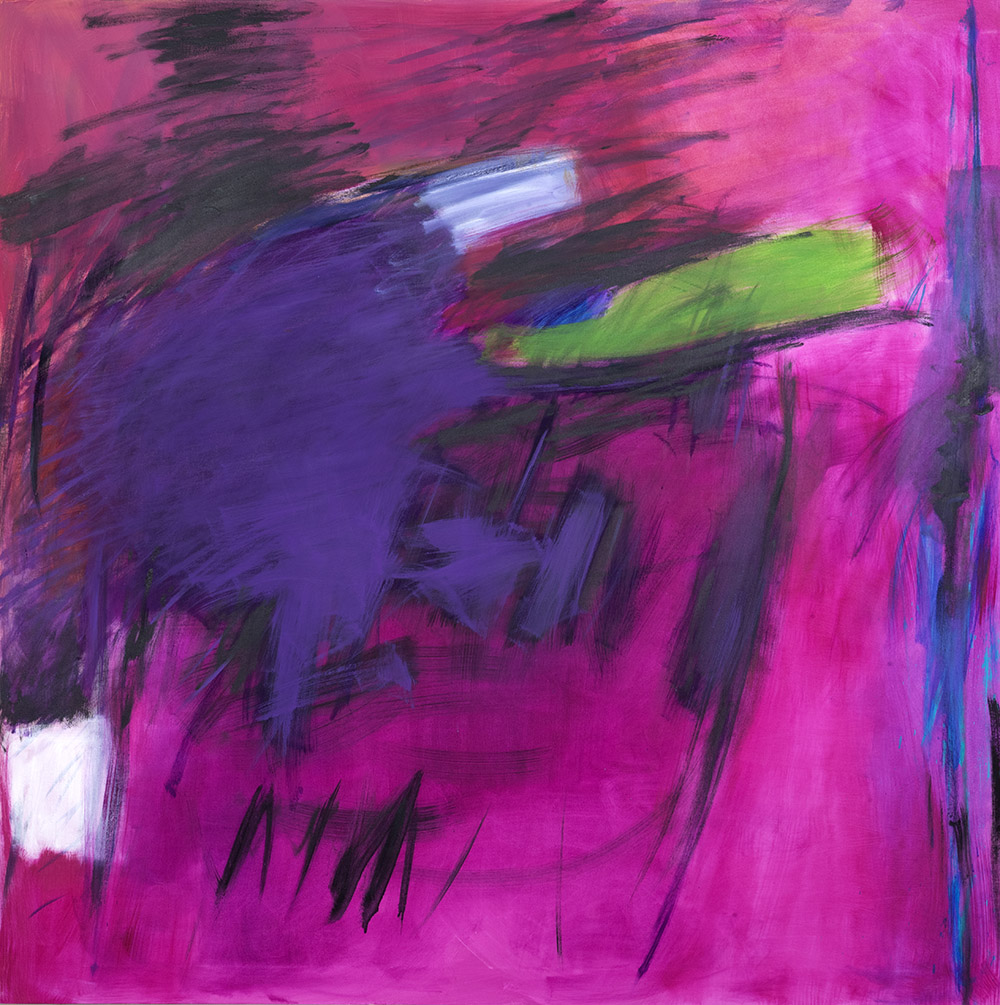 Chinyee: Dances of the Inner Being

In the presence of the artist

Alisan Fine Arts is proud to present our fourth solo exhibition of recent paintings by Chinyee, an American Chinese, female artist whose work has been esteemed by critics as “Lyrical Abstraction.” Chinyee’s work is permeated with influences from both East and West. Her loose, unformulated brushstrokes reflect both Asian brush techniques and years of careful study of modern abstraction. The symphonic, colourful, and optimistic aura of her works is edged with dynamism. Through her work, one may glimpse the spontaneity of Willem de Kooning, the poignancy of Joan Mitchell, and the spaciousness of Mark Rothko. For this exhibition we will be showing a body of new works, both on canvas and on paper.

Artist's Statement:
Painting to me is a process of discovering, shaping and reshaping my inner being. I work spontaneously—starting with a line or a dot, similar to Chinese calligraphy, from left or right. Then I let the drama begin to develop among the colours and lines under my subconscious control. I seek in my work rhythm, harmony among conflicts, lines with energy, and even surprise. I chose to do abstract painting and it is still the best form of my expression. The charm of abstract paintings is that visually they are vague, uncertain, intuitive. The language utters energetic rhythm, subconscious cries, and subtle poems.

Chinyee (b. 1929 Nanjing, China) graduated with highest honours from Nankai high school in Chongqing and in 1947 was awarded a scholarship to study in the United States. She earned her B.A. in Fine Arts at the College of Mount Saint Vincent and then went on to receive her Master’s Degree in Art Education at the New York University in 1953. Establishing her career in America, Chinyee continued her studies at the Art Students League and the 8th Street studio before joining the United Nations staff in 1956, where she served for over 20 years. In 1965 she had her first solo exhibition at the prestigious Mi Chou Gallery in New York City. Her work has been exhibited in galleries in Manhattan and in galleries and institutions elsewhere in the United States and abroad, namely England, Japan, Taiwan and Hong Kong. Earlier this year, the Chinese American Arts Council hosted her solo show Dances of the Inner Being at Gallery 456 in New York City. The artist currently works from her studio in New Jersey, United States.

Chinyee’s work has been selected and honoured by UNICEF and by the United States Art in Embassies program for exhibition in US embassies and ambassadors’ residencies abroad. Her work was recently displayed at the US Consul General’s home in Hong Kong. In 1989 she was awarded the title “Artist of the Nineties” by Manhattan Arts magazine. Her works were selected by the Jane Voorhees Zimmerli Art Museum at Rutgers University (New Jersey) to be included in their traveling exhibition Asian Traditions/Modern Expressions, Asian-American Artists and Abstraction 1945-1970, which took place from 1997-1999. In 2007, Alisan Fine Arts organised Chinyee’s 50-year Retrospective at the Shanghai Art Museum. AFA has additionally held three solo exhibitions for the artist (2006,2013,2018), and was featured in our 2018 charity exhibition Hope of works by important female artists.