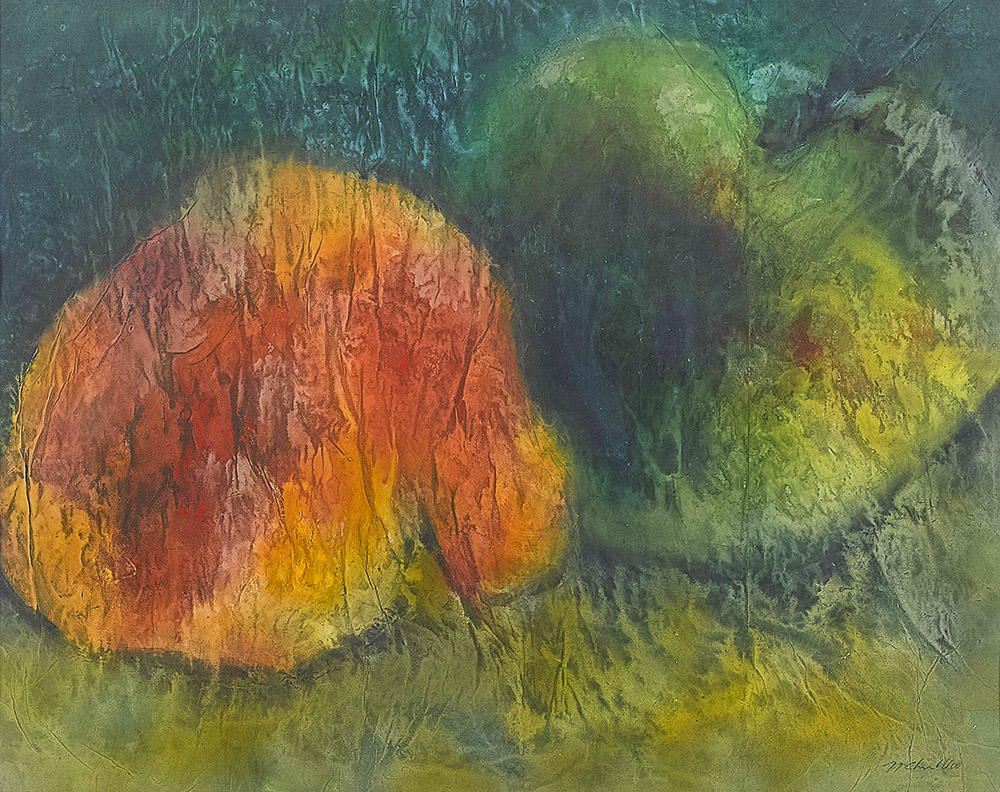 As Hong Kong slowly begins to return to a new norm, Alisan Fine Arts is excited to take this opportunity to support the local art community by showcasing the works of 28 local artists. Many of these paintings and sculptures were created over the last 6 months during extremely unsettling times for the city.

This lively exhibition will highlight the diversity and talent of these local individuals, bringing attention and thought to what defines a Hong Kong artist. With a rich history as a backdrop, the question of whether there is a common thread that links this group of artists may be seen in the correlation between context and independent artistic growth. Spanning close to three quarters of a century between the exhibitors, we hope to explore and illuminate this question. Working with various forms of media ranging from ink on paper, seen in the works by masters Lui Shou-Kwan, Irene Chou, Fang Zhaoling, Wucius Wong, Kan Tai-Keung, Fung Ming-Chip, to multimedia such as steel, ceramic, bamboo and digital media by sculptors Kum Chi-Keung, Man Fung-Yi, Rosanna Li, Danny Lee, Mok Yat-San and Fiona Wong. In addition, we will also have artwork displayed by emerging artists Cherie Cheuk, Zhang Xiaoli and Ling Pui-Sze, Hui Hoi-Kiu.

Since its founding in the 1980’s, Alisan Fine Arts has been exhibiting the paintings of many established local artists and is proud to continue to work with them as they develop and progress through their prolific careers. Through this exhibition, we are also excited to be showcasing a younger generation of local Hong Kong artists who we look forward to promoting and supporting as they evolve.

Presented over a period of 3 months, a series of monthly talks will be organized in conjunction with the exhibition. Artists and scholars will be invited to discuss the topic of HK artists and illuminate on opinions regarding their future in an ever-changing art scene. Please stay tuned for more details!

In the 1950’s, due to political unrest across the border, Hong Kong saw a great influx of immigrants. Artists arriving from China were predominantly trained in the art of traditional Chinese painting, skilled at wielding brush and ink. However, as Hong Kong was at the time under British rule, it allowed artists living here to be exposed to Western influences that would’ve otherwise been evaded; in turn, questions on how to transform classical Chinese painting into a contemporary form of ink art arose, and in doing so began to usher in a sense of modernity. The celebrated Lui Shou-Kwan (1919-1973) arrived to Hong Kong in 1948 and is recognized as a pioneer for what became known as the New Ink Movement- along with Irene Chou (1924-2011) and Fang Zhaoling (1914-2006), together they display how early on the fusion of styles was initiated. Using Chinese media while exploring Western composition, each artist skillfully managed to retain a strong sense of Chinese culture and thought.

During the 1970’s to 1990’s, the city began to prosper and became a gateway between the East and West. In 1975 the restructure of what was City Museum & Art Gallery Hong Kong became Hong Kong Museum of Art and in 1977 was the opening of The Hong Kong Arts Centre. Developments like this encouraged the growth of artists, many were able to go overseas to study Western art firsthand. For example, Hon Chi-Fun was the first recipient from Hong Kong who was awarded a fellowship from John D. Rockefeller III Award 1969 —the predecessor of the Asian Cultural Council. He was able to spend one year in New York and observe the latest developments in contemporary art, just as Wucius Wong was able to go to there with the same grant in 1971. By the late 1980’s, Hong Kong was faced with the uncertainty of the handover which meant some artists chose to remain in the United States for extended periods, or as Pat Hui chose, not to return at all. Of course, other artists decided to remain in Hong Kong and in doing so formed the pillars of an emerging art scene. Many had to supplement their artistic career with secondary jobs in order to make a living; Kan Tai-Keung (1942) became an accomplished graphic designer and it wasn’t till 1969 that he began creating ink paintings, similarly Hung Hoi took up teaching in 1984. Many of these artists such as Kum Chi-Keung (1965), Mok Yat-San (1968) and Man Fung-Yi (1968) began experimenting with materials like bamboo and stainless steel, remaining strongly in Chinese thought but striving to modernize the art form through various media.
Inspiration for others lay in the land of their environment; Hong Kong at the time was developing at a fast rate and yet the relationship between what was man-made and natural remains to this day, what makes Hong Kong visually so unique. Looking at works by Kong Kai-Ming (1935) and T.C Lai (1921), we see familiar scenes that depict their surrounding views using pencil sketches and Chinese ink & gouache. Hong Kong continues to be a source of vision, artworks displayed at this exhibition highlight its diverse landscape; pieces by Chu Hing-Wah (1935), Hung Hoi (1957) and Kassia Ko showcase this with their contrasting styles. Although both paint using primarily Chinese ink and colour on rice paper, the viewed effect is quite distinct from the other. The inhabitants of Hong Kong have also shown to shape the work of artists, Rosanna Li is famously known for her charming, plump ceramic figures; depicting daily life in Hong Kong they reflect her observations on community and the need to defy an aesthetic standard.

At the turn of the century, Hong Kong progressed into a hub for international art- the opening of numerous galleries, auction houses, art fairs and the new West Kowloon cultural district imparting a new sense of opportunity and support among creatives. It was under these advancing circumstances that Director Daphne King noted artists who were growing up under the SAR government were no longer bound to the constraints of colonial rule. Instead, they were able to draw inspiration from a globalized city while looking inward towards the East. Cherie Cheuk Kai-Wai (1989) for instance specialized in Gongbi-painting and chose to rejuvenate this tradition into a contemporary art form. If we look at Zhang Xiaoli (1989), in her early series, Zhang’s works replaced elements in Chinese landscape painting – trees, mountains, rocks and figures – with depictions of Lego bricks, as a contemporary way to create dialogues with tradition. Artists like these have been able to utilize the open boundaries that their Hong Kong predecessors (Lui Shou-Kwan, Wucius Wong etc.) had established for them; with interest in Chinese art continuously growing, Hong Kong creatives are becoming an entity of their own on an international stage.

So, what is the common thread that links these Hong Kong artists together? By exploring each individual, it can be acknowledged that they are perhaps too diverse to categorize systematically. However, what is certain, is the indisputable fact that living in this cosmopolitan city has meant that they are established with a rich heritage that is engrained in Chinese tradition and Western influence. The extent to which these combined forces are expressed are found in artists’ resulting artworks, each a testimony to what makes them uniquely Hong Kong.