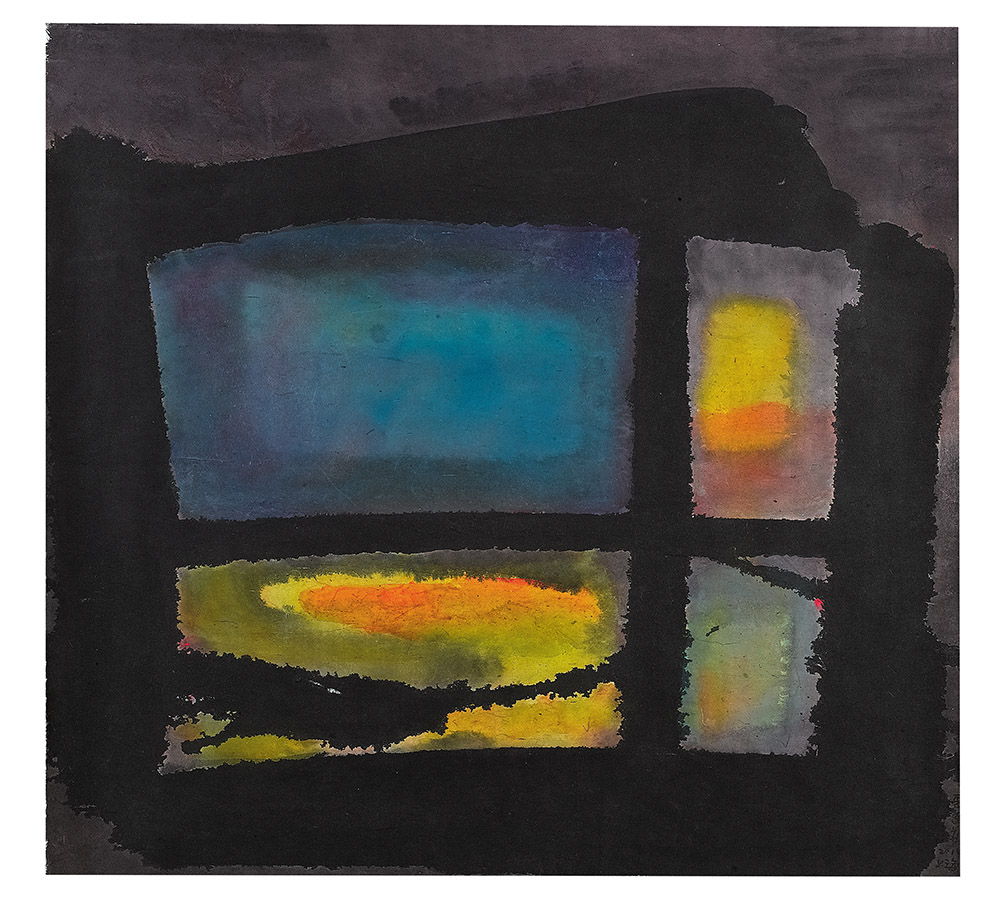 To be officiated by Mr. George Yeo, Chairman of Kerry Logistics Network Limited.

Professor Pan Yaochang, Chinese Art Historian and author of “Beyond Babel” and the artist will be present at the official opening. A portion of the proceeds from the exhibition will go to the VIVA China Children Foundation, which funds treatment for children with cancer in China.

About the Artist
Li Dezhuang
Born in Singapore, and currently based in Shanghai. Graduated from the Nanyang Academy of Fine Arts, Singapore. He is a Strategic Manager in logistics and elected Chartered Fellow of The Chartered Institute of Logistics & Transport, UK. Also an art critic and he was a columnist contributed over 230 articles, including art critique for a leading Singapore Chinese daily, Lianhe Wanbao under the column named “Liang Tongshui” or “Two Buckets of Water”. Currently a columnist for a well- known regional business journal “Fortune Times”. He was also trained as a professional drama performance artist and television drama script writer in the early 1980s.
In late 1980s he travelled to New York and one of his collector friend in Los Angeles arranged for him to meet Mrs. Selma Amur Heringman, a close friend of Pablo Picasso. Through Mrs. Heringman Li met Mrs. Kazuko Hillyer, a renowned curator and Director of Hillyer International Inc.
In 1989, Mrs. Hillyer organized a two men show for Li together with another artist from Mainland China. At the opening of the exhibition, Li met Mr. Fong Chow, a former curator and Head of Oriental Art Department of the Metropolitan Museum of Art. Mr. Fong brought Li to visit all the important museums in New York and they became close friends for many years until Mr. Fong’s demise three years ago. On the whole, we can conclude that all these important personalities in the art circle in New York City has strongly influenced the direction of Li‘s painting career, especially resulting in his affinity with Abstract Expressionism.
In early 2001, Li returned from New York and decided to live and work in Xiamen. He subsequently moved to Shanghai. In recent years, Li has set up his studio in Zhejiang.
Over the years, he has won several awards in Singapore and the United States. His works have been displayed in numerous exhibitions around the world, including in the United States, France, Belgium, the Netherlands, United Kingdom, Japan, Korea, Singapore, Thailand, Taiwan, China, and Hong Kong. He has participated in over 30 group exhibitions and has held over ten solo exhibitions. His works have been collected by the Istana (the office and residence of the Singapore President), National Gallery Singapore, National Library Singapore，many leading banks in Singapore and individual collectors in Mainland China, Europe and Saudi Arabia. His most recent exhibition was in Art Paris Art Fair at the Grand Palais in 2013 where he was represented by Jeans Bastien Gallery (Brussels).

The title of the exhibition “Beyond Babel” comes from a story from Genesis 11:1-9 of the Tower of Babel, and suggests the merging of language and symbol, and a homogenous system of recognition. The story of Babel explains how the variation in human languages came about. According to the story, when God found out that people were building a tower that would reach heaven and make a name for themselves which would only lead them away from God, He thwarted their plans by scattering the people all over the face of the earth. Professor Pan Yaochang wrote that the word Babel “has connotations of confusion in language. So out of Babel, or in other words, Beyond Babel, means to overcome the obstacles of different languages, and realize the common understandings amongst different cultures.”

The title of exhibition “Beyond Babel” is directly taken from the title of a book and an article written by Professor Pan Yaochang on Li Dezhuang’s work in 2004. Included in this book are important Chinese artists from the 18th-20th century, such as Lin Fengmien, Pan Tianshou, Chao Chung-hsiang and Luo Zhongli.The author recognizes Li Dezhuang as an important overseas Chinese abstract ink painter. The book is part of a series of 12 books written by 12 China art historians documenting China art history since the 18th century and was published by The People University of China in Beijing.

Professor Pan wrote: “In sum, Li Dezhuang’s works express an abundance of energetic and strong feelings, and uses abstract language to communicate between Eastern and Western art. His strength lies in his love, aspiration, and his pursuit of art development. His knowledge and experience is the result of his tireless contemplation of society, the economy, politics, and culture. And especially as an entrepreneur, he is able to perceive Chinese culture's future prospects from a global economic position, a truly admirable quality.”

The works on display can be divided into three groups: Early Spring, My Journey and Three representing Jing, Shan, Tian. Early Spring was created in 2009 in Shanghai. The artist has returned to 30 years ago his Blue Mountain series. In this painting the artist makes a concerted effort to rely less on the use of black and instead use light green and a dripping technique, constructing a fresh and lively atmosphere. The painting depicts small flowers and a large group of colourful butterflies dancing on the mountain in the early morning of spring. Not only does the artist expresses the charms of the natural landscape, he also conveys the vitality of life.

The” Blue Mountain”, also entitled The New Horizon series, is a continuation of his landscape works, which was awarded the Ministry of Culture National Day Art Special Award in the early 1980s. The award given to him at an early age demonstrates the recognition and respect for Li’s work by the judging panel, which comprised of the first generation of Singapore artists, including Chen Wen His, Cheong Soo Pieng and Liu Kang etc.

The second group of painting on display is “My Journey”. This painting was completed in year 2000 in Singapore. The artist used this painting titled “My Journey“for a catalogue published in 2004. For this painting, the artist also wrote a short poem in Chinese, depicting the fear of falling down into the torrents while crossing a bridge suspended by steel wire. “Standing in torrents overwhelms my body and mind. I am afraid of falling over, although human being can overcome nature.” The artist felt that his art is not an easy path, it is like walking on a tight rope. Outwardly, he appears to be relaxed and comfortable, but deep inside him, the truth is that he was always fearful year after year. In this painting, Li Dezhuang used the gradation in the tones of the ink wash and the texture of a dry brush, to create an exciting scene that shows that the steel wire was almost broken.

The third group on display is a new series, titled “Three representing Jing, Shan, Tian series”, which is the result of more than ten years of creative activity, and documents his growth out of his semi-abstract and abstract paintings to a minimalist approach. For the artist himself, he believes that he has achieved a breakthrough. The series utilizes the function of geometrical shape as an international language. The characters Jing, Shan and Tian each correspond to a shape - circle, triangle and square which the artist believe is universally recognized. As such, by adopting this approach to convey the message that once you are able to relate the three Chinese characters Jing, Shan, Tian to the three geometrical shapes, you would be able to learn and remember these three Chinese characters. Through this process you are actually carrying out an action, which is similar to performing art. Therefore, the Three representing Jing ShanTian series is not only a form of painting, but can also be considered as a type of performing art.